BELLE RIVER, La. — In the heart of Louisiana’s Cajun country, Julie and Lee Hines considered themselves lucky when they purchased a riverfront property. “I have the bayou in my blood,” said Julie Hines, a lifelong resident of the area.
The Hines family values the outdoors, like most of the other members of the 107 households in the tiny town of Belle River. Many in the region are fishermen, making their living on the water, of which there is plenty.
But the Hines’ dream faded quickly after they felt the impact of nearby industrial facilities’ fugitive emissions and increased truck use. They don’t believe the rules to protect them are enforced rigorously enough and found there is little they can do when the rules are broken.
Now plans for a new facility have sparked fears among Belle River residents that they too will have to deal with increased traffic and pollution and that there might be little anyone can do to stop it. It is a situation that has set off a fierce dispute and highlighted a national issue of how Big Business can sidestep rejections of their plans.
One hundred miles west of New Orleans, Belle River is considered the gateway to the Atchafalaya Basin, the largest wetland in the U.S. The area is famous for its plentiful seafood and cypress-tupelo swamps. “This is no place to dispose of toxic chemicals,” said Dean Wilson, the head of the Atchafalaya Basinkeeper grass-roots environmental group.
But that is precisely what FAS Environmental Services has done since the mid-1980s. The company receives industrial waste from processes ranging from conventional oil drilling to hydraulic fracturing, also known as fracking. The waste can often contain high concentrations of methanol, chloride, sulfates and other substances. “Produced water,” the industry’s name for waste from fracking sites, can also contain toxins like benzene and xylene.
The waste arrives via truck and barge at an FAS transfer station close to the Hines residence, on the flood protection side of the levee. It is then transferred onto a shuttle barge for a 2-mile trip on the Intracoastal Waterway to the company's injection well, where it is pumped at high pressure deep below the surface into rock formations, where it is meant to remain permanently.
Now FAS wants to build a new facility directly across the waterway from the injection well. Its plan requires a pipeline to be built under the Intracoastal, connecting the new facility to the injection well, allowing waste to be moved under the waterway and eliminating the need for the current shuttle barge system. According to FAS, the new station would end the use of shuttle barges, cutting down on the risk of water-borne accidents.
But the proposed facility is in a residential neighborhood not zoned for heavy industrial use. When FAS requested that the local zoning commission rezone the land, its request was denied.
The company could have appealed the decision to the St. Martin Parish Council. Instead, circumventing local laws, it applied for a permit from the Department of Natural Resources (DNR) office of conservation, which regulates oil and gas drilling in Louisiana. A decision on the permit application will be made before the end of June.
A battle has erupted between FAS and local residents who oppose overruling local laws, their government representatives and environmental groups.
The DNR doesn’t take zoning into account when considering a permit, department spokesman Patrick Courreges told Al Jazeera. It considers only “construction and environmental protection,” he said, evaluating whether a company will be able to contain materials and clean them up quickly should something go wrong.

Outside Louisiana, the energy industry has frequently challenged government restrictions with lawsuits and lobbied for legislation that would overturn municipal rulings. In Texas the state legislature recently enacted HB 40, a law that effectively overturns the town of Denton’s fracking ban and other local ordinances on the oil and gas industry.
In Belle River many residents are furious that their objections and regulations may count for little. A recent public hearing for the FAS permit took place in the volunteer fire station in the town and drew a large crowd.

Honoré pointed out that if FAS builds the facility, despite zoning rules forbidding it, a dangerous precedent would be set. “If it can happen here,” he said, “it can happen anywhere.”
Posted by Anita Stewart at 23:12 No comments:

WHO'S HITTING FROM WHERE

THE STORIES AND ARCHIVES 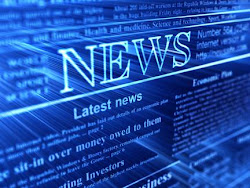